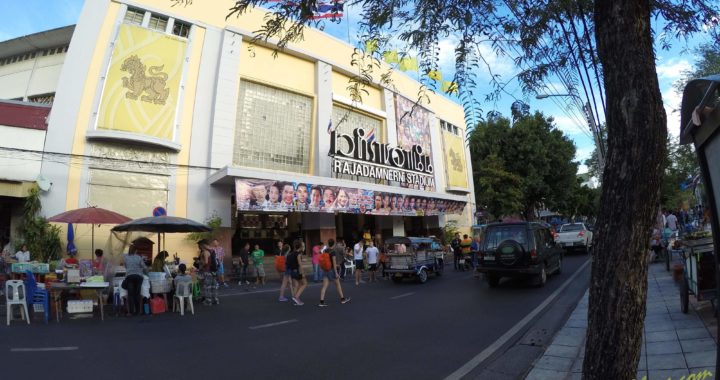 On my first trip to Thailand We had no real game plan. I did however know that I wanted to see some true Mauy Thai in the Home of the great sport. Lucky for us we were in Bangkok and that just happened to be a great place to mark this off the bucket list . Honestly I had not done any research on where I wanted to go . I just thought lets figure that part out when we are in Bangkok. So we did and come to find out the legendary Rajadamnern Muay Thai Stadium was not far from our rooms . So we looked up when the fights were and that was the new plan ! 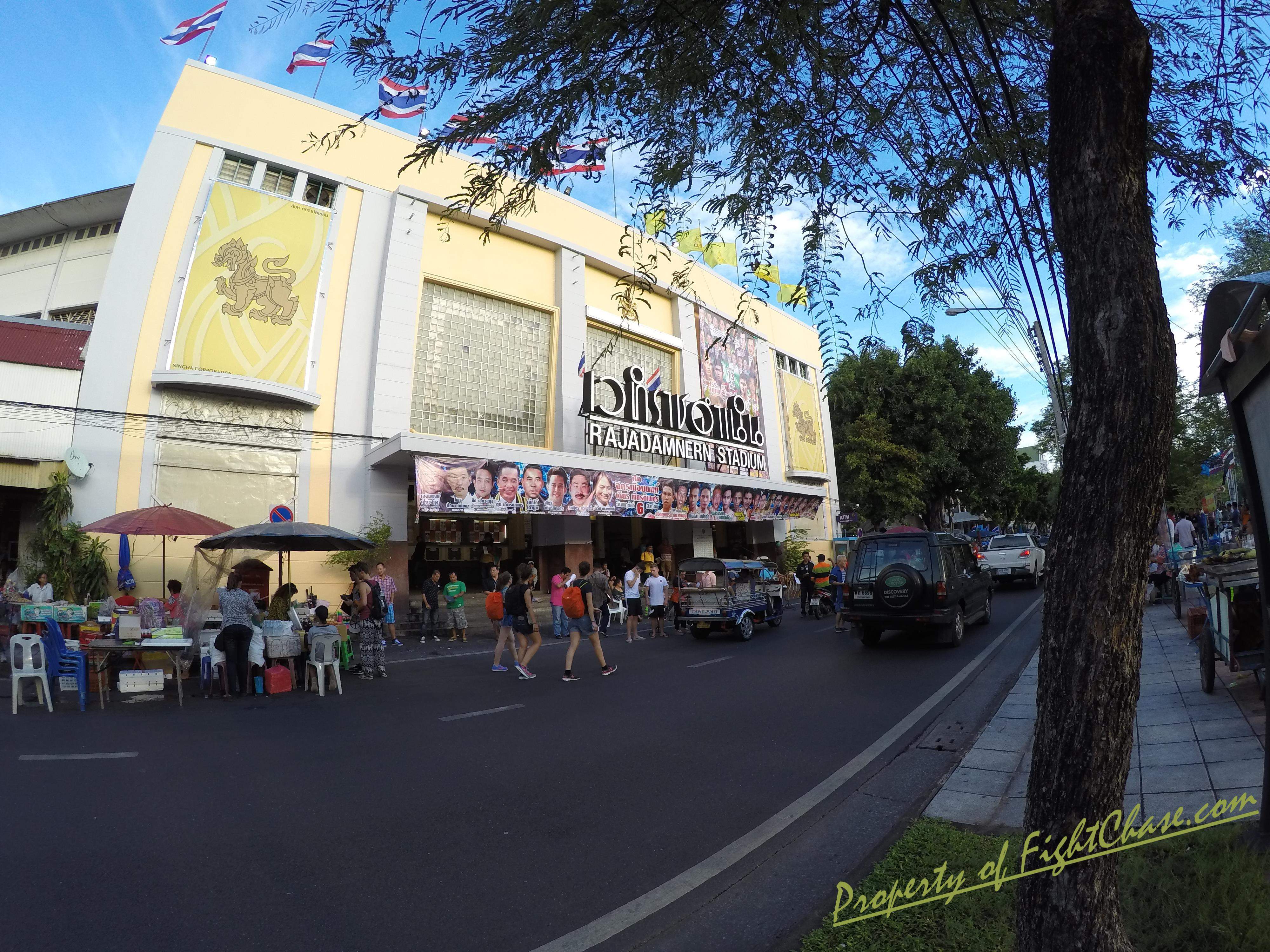 We catch a TukTuk over to the stadium and are taken to a hand off person by our driver to get tickets for the fight . I am sure the driver gets 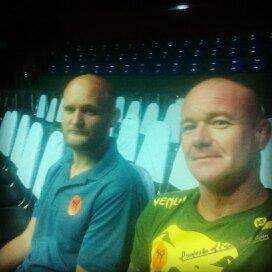 a kick back for the delivery . We are hit with the normal “do you want VIP seat” deal and we ask to see the inside before we say OK . The lady was super nice and said sure come with me and takes us into the stadium . My first impression was just WOW . the upper level seating was just cement bleachers there was a fence that was between the top level and the one below it . Our V.I.P. seats were very basic seats but only one row away from the ring .  I believe we payed 2000THB/60USD for these seats . It is a tourist price and the highest I have paid to go to any fights . The ring itself showed the signs of wars past . I definitely felt the history in this place. Nothing fancy just a place where Thai fighters enter the ring over the top rope do the Wai Khru RAm Muay remove their Mongkol and head into full contact battle . The ring stained with blood and sweat , it would be amazing to hear what wars this building has witnessed . Being completed in 1945 legends of the Muay Thai world and Legends of small villages have graced this building and displayed fearless warfare with the utmost respect for their  competitors .

Outside as the fight time grows closer its sort of like a little festival with food carts  . There is a large Twins pro shop attached to the stadium . It had all the newest gloves and Twins gear . Lots of Muay Thai shorts and souvenirs for sale by other vendors outside. 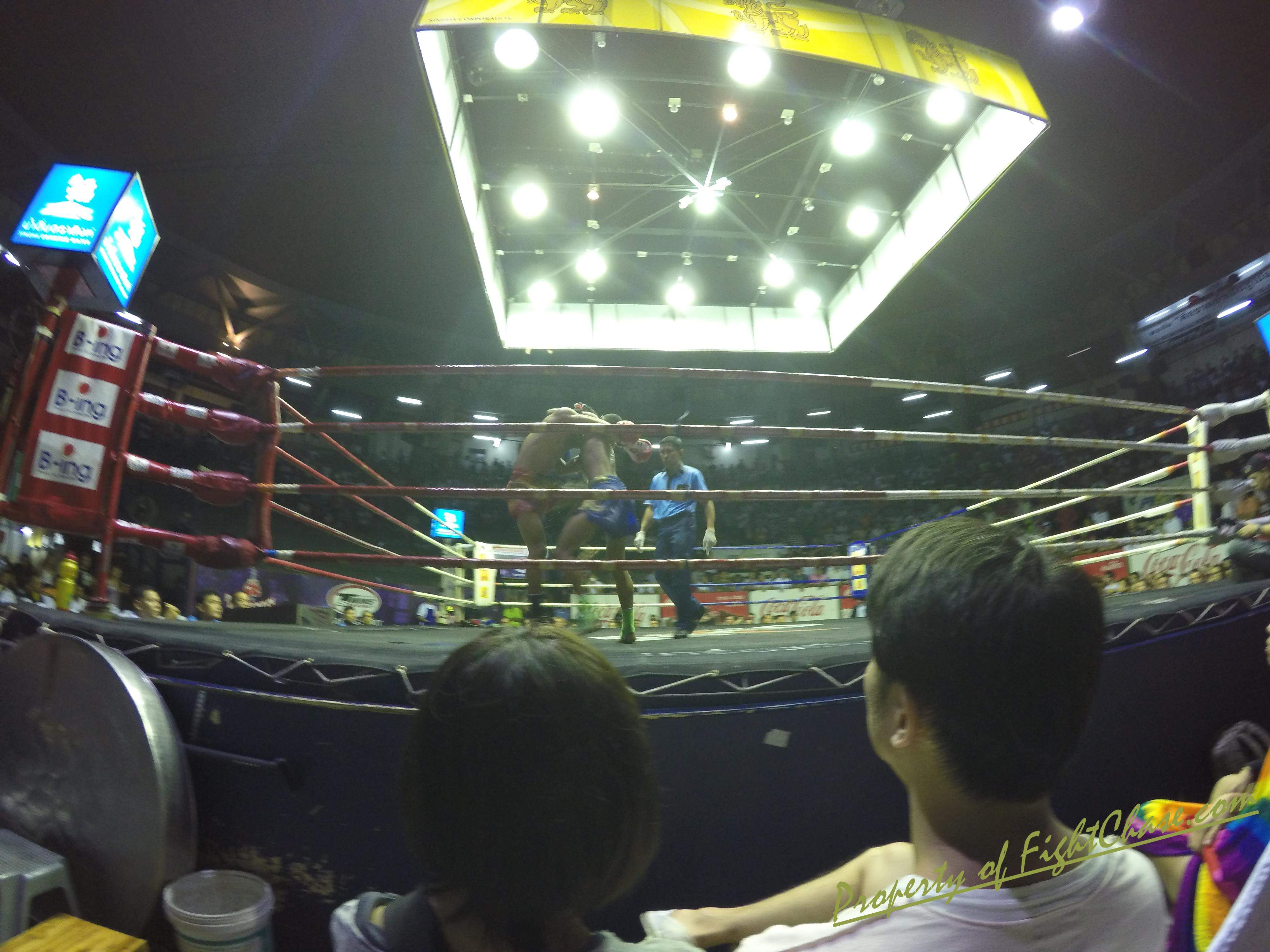 It was fight time so we headed back into the Stadium .  This was the first time I witnessed a Wai Khru Ram Muay live . It was an amazing thing to watch and the live Muay Thai music  or Sarama sets the tempo for the fight . This being my first fight in Thailand I am caught off guard by the whole pace of the fighters . The first round is very slow and even the second , the rounds pick up pace and so does the music . The crowd is a whole other entity . Some of the Thai people the crowd are betting ferociously and the sounds from the crowds when a fighter lands a strike is  a loud Oi or Knee . The energy in this place was electric . I did not understand the way some of the fights played out . A few of the fights seemed to be ended almost by the people in the crown that were making the bets . The last round would actually be just the 2 fighters walking around each other . Nonetheless the experience was great . I would 100% suggest everyone that visits Thailand go see a true Muay Thai fight . The locals make it that much more exciting .

The fights were exhilarating,  The crowd was electric and thunderous  . The history can be felt as soon as soon as you enter the building . There was A ton of fights and made for a memorable evening in Bangkok ! This is Thailand at its roots  living history . 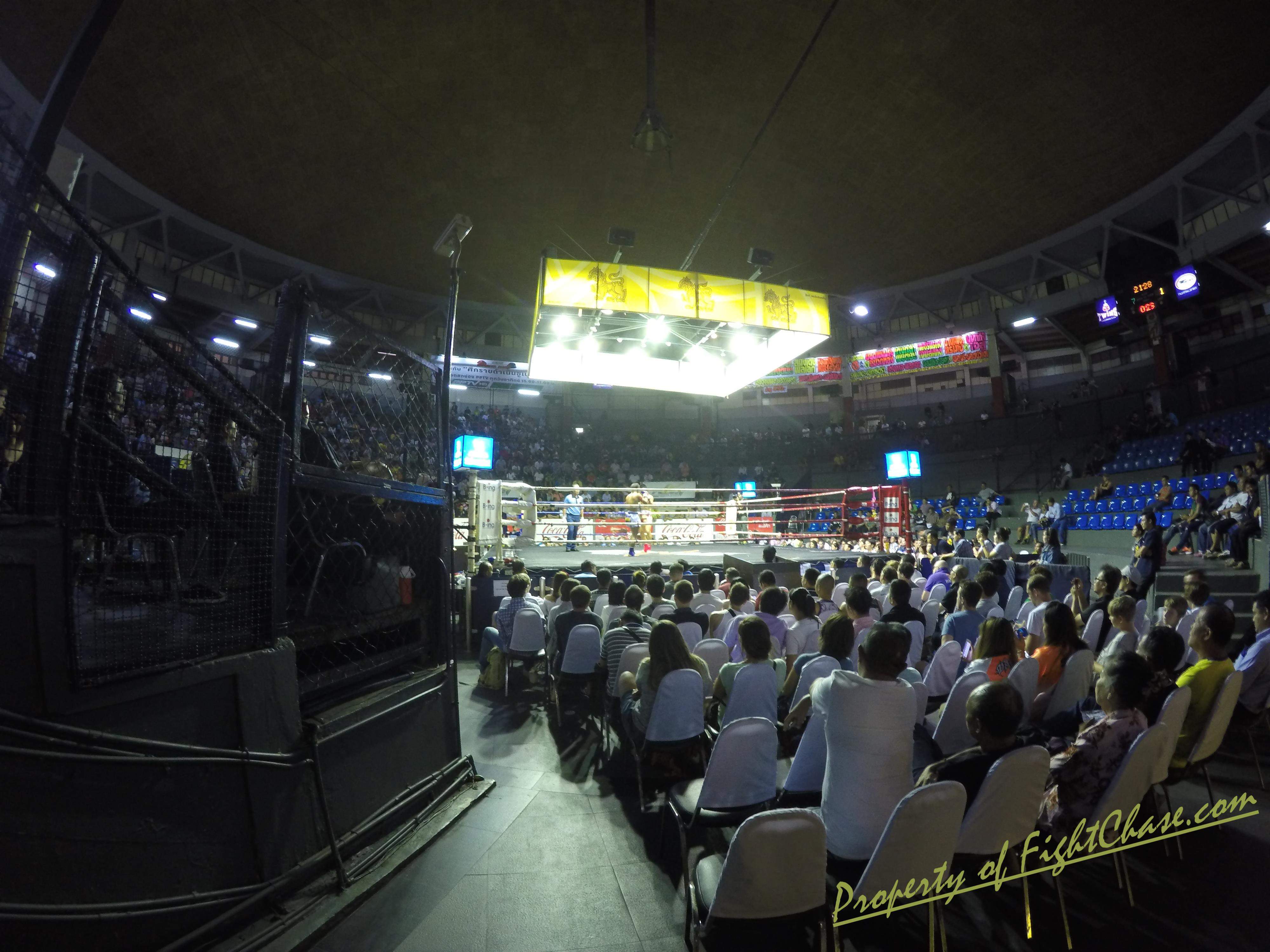