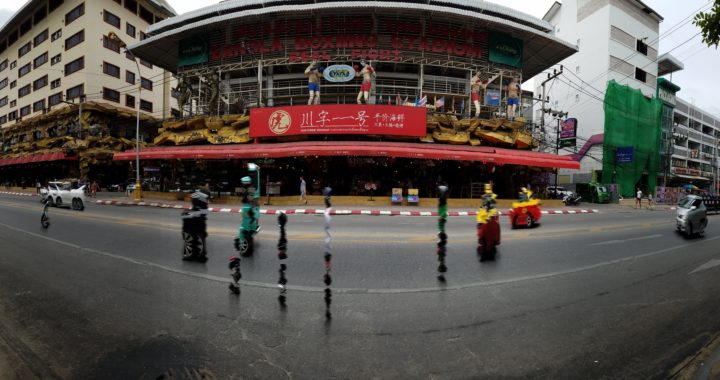 pick up driving around the area with a few men on top slapping pads together and passing out flyers for the next fights. I have seen the stadium more times than I could count. I have never ventured in . 1 because the tickets are a tourist priced and 2 I have heard much skepticism from many locals that I have met in the area. The fights being real and the price steered me away for all of my previous visits. Now that I have had this site for awhile I figured it was time to at least check it out and be able to give an inside look. So here it is.

As I wander around I always noticed the big posters of the upcoming Thai fights at the local stadiums. On this occasion, I noticed a fighter that I follow on social media Katya Phuket Top Team. That was enough for me to decide to check it out. I knew that she was a real fighter and the idea that the big gyms in the area would have anything to do with “exhibition” matches seemed very unlikely. So let’s check it out! 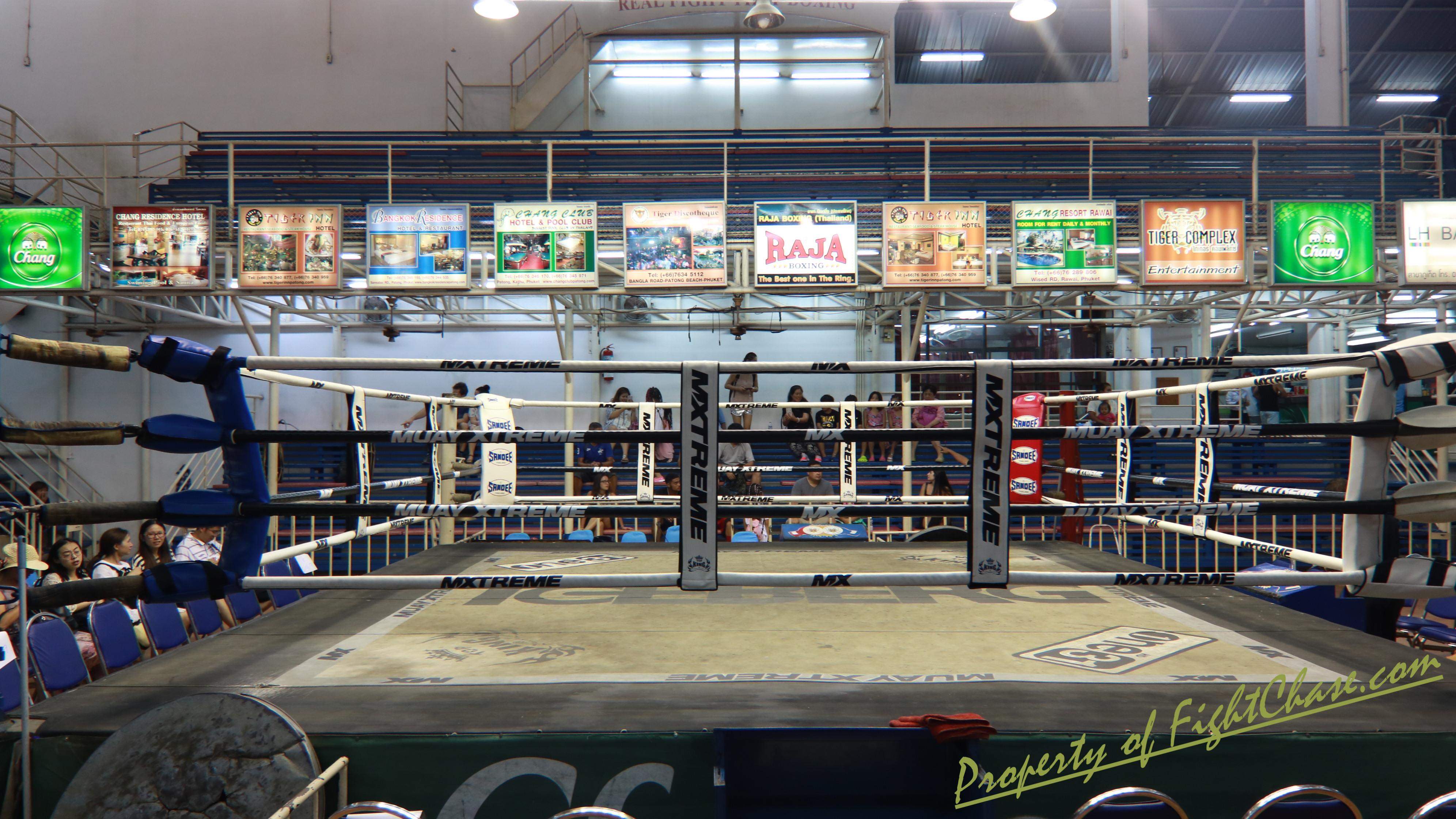 When you approach the stadium it is situated above one of the many Tiger establishments and is full of hovering tourist. Not having even been up to the Stadium I was not sure what to expect. I have stayed across the street on many occasions. I was a little surprised when we headed up the stairs it seemed to be a much smaller old-school style stadium. The canvas stained with the countless epic battles.The blood and sweat of the Nak Muay who have entered. The stands are very basic and starting to fill with tourist. A few rows of “VIP” seats line the edge of the ring. In these seats, it can be an interactive experience, as the family that graced these seats later found out. Sprayed with sweat and plenty of splattered blood on their clothes.  I would not be asking for these seats anytime soon. 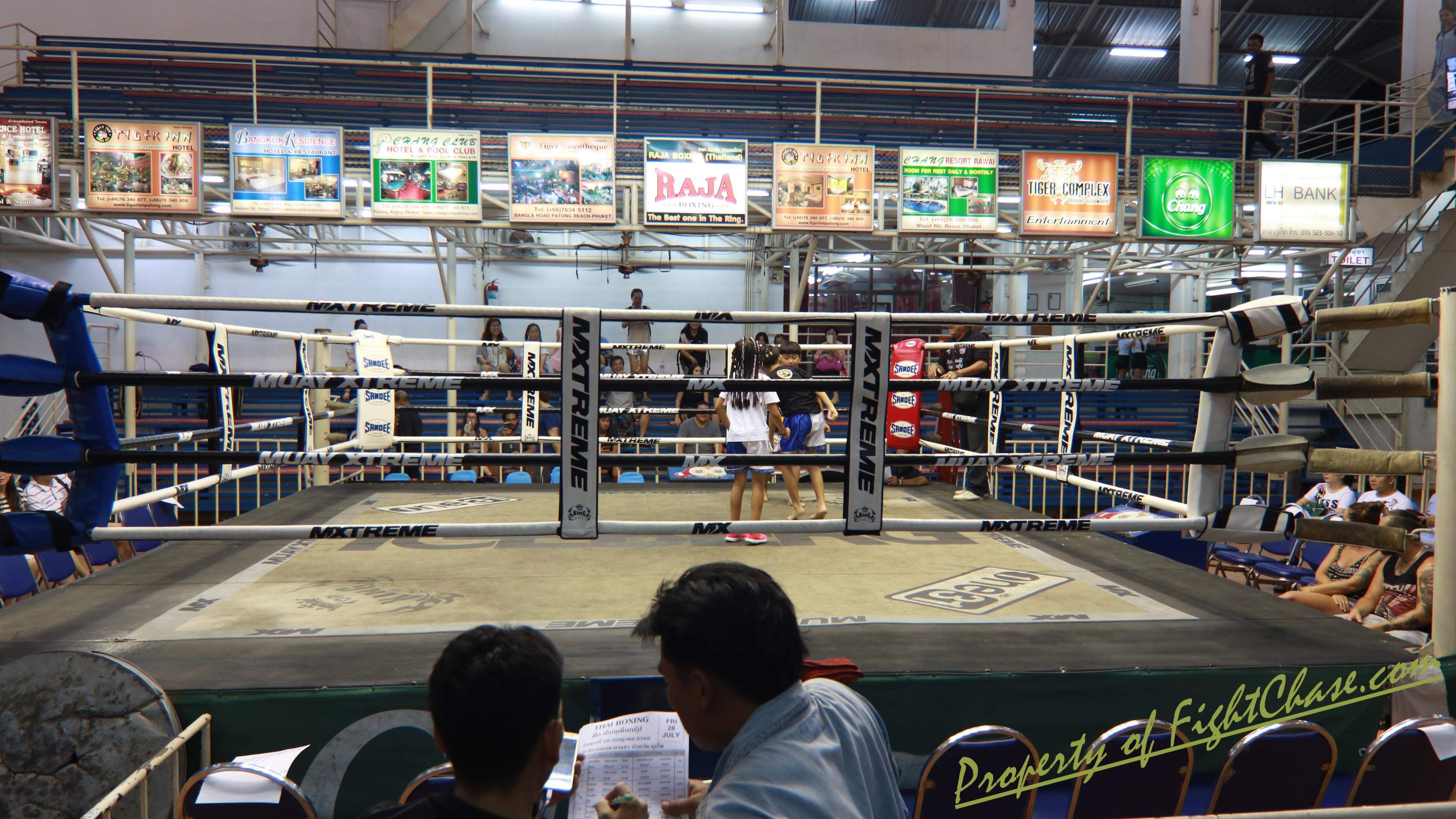 We took our seats and some young Thai children entered the ring to play around before the fights. Emulating their friends or family that they have seen do this many times for sure.  The first fights started with young kids. The kids fight with passion, heart, and honor. The fights rolled on and the fights were very good. Most of the fights are a Thai fighter matched up against a foreign fighter. Male and female fighters graced the ring this night. As I have experienced at most venues when the night gets later and the better fighters come out, the room becomes electric. The chants of “knees” and the yells of “oieee” at every significant strike. The Thais would come by and ask if you wanted to bet. The fighter that I had come to see finally fought and she was 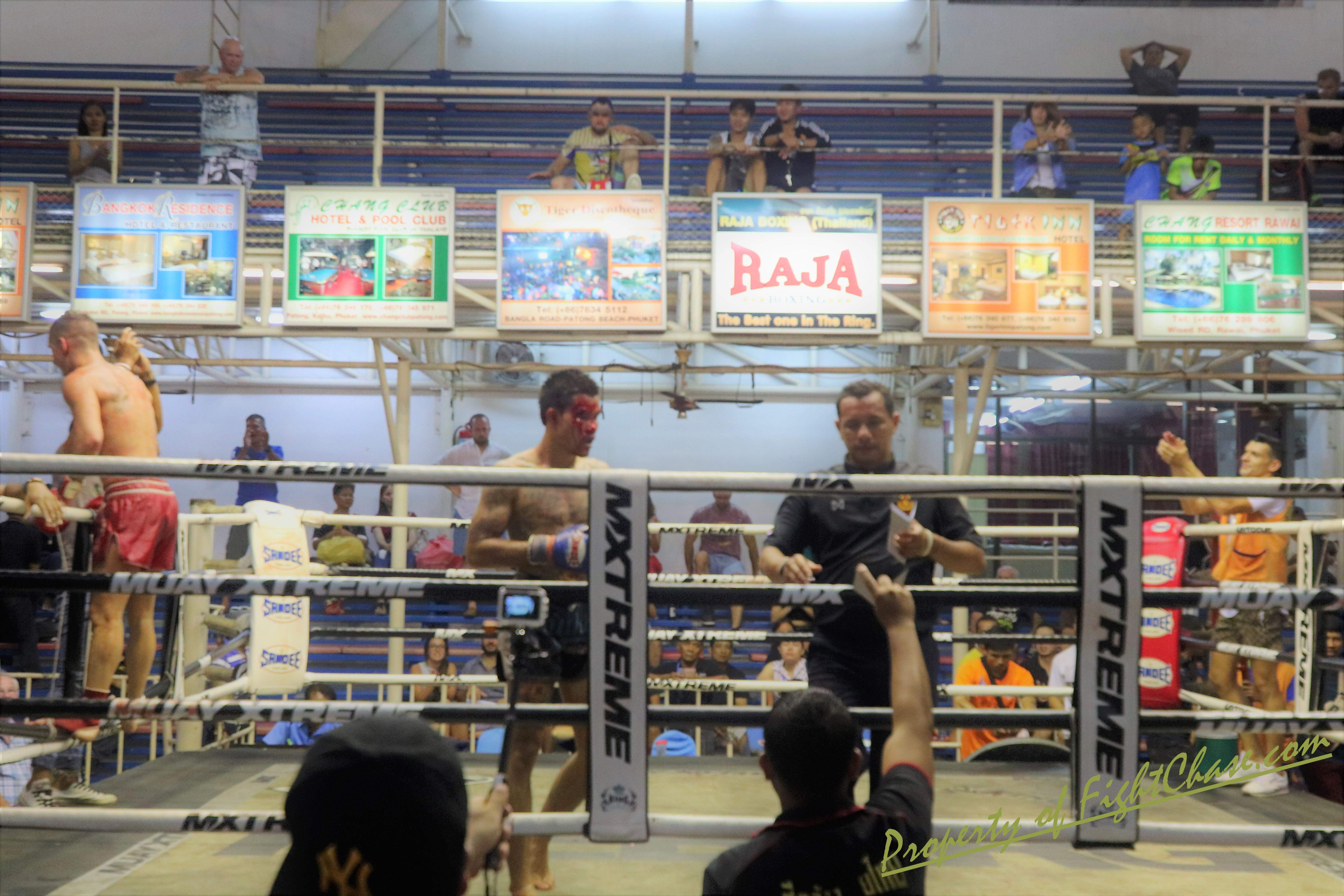 able to win her fight. The final fight of the evening was another fighter out of Phuket Top Team against a foreigner. I believe the Thai was one of the trainers at PTT.  This fight was everything that a person that had never seen Muay Thai would want and that the hardened fight fans enjoyed! In the first round the Thai fight was cut open very badly and the blood poured like a fountain. This fight went 5 rounds and every round was a bloodbath. When the battle was over after the foreign fighter could not stop the unfazed Thai warrior, the fight went to the judges. The foreign fighter was convinced that he had won. His light-colored skin now soaked in the crimson red Thai opponents blood. He circled the ring hands held high as the Thai fighter was tended to in order to try and stop the bleeding. As the decision came in from the judges, the ref gripping both fighters by the hand ..”The winner…BLUE Corner !” The Thai warrior wins despite the damage he has sustained throughout the fight. He never slowed down always moving forward.

I was very pleased with my experience here at Bangala Boxing Stadium. I would suggest that if you are in Patong check out the fights here. The night market across the street always has amazing fresh seafood so get some food and enjoy an evening of Muay Thai! I believe I paid around 1200THB/37USD for the ticket and if you are going with a Thai friend they get in for free. 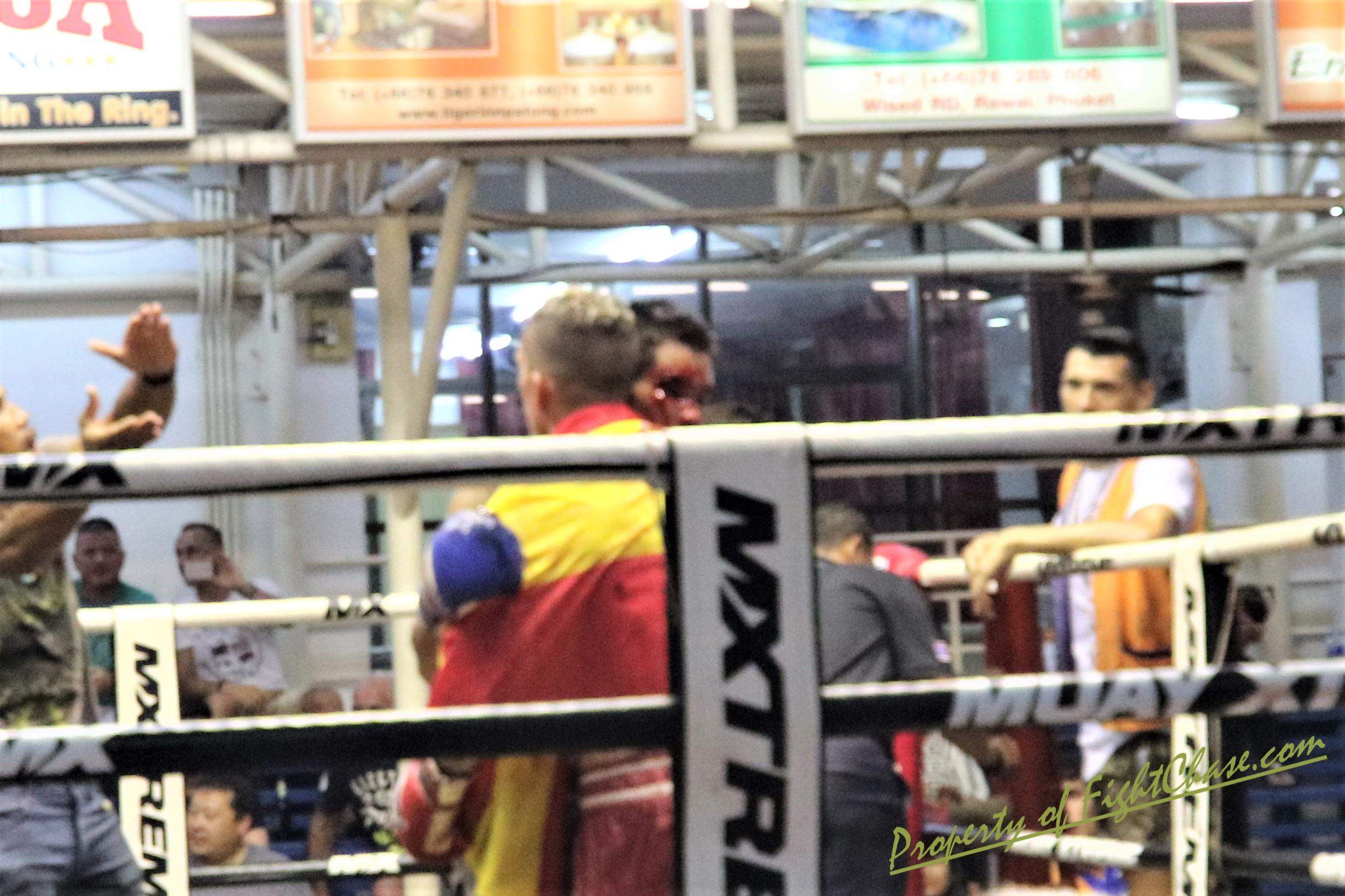 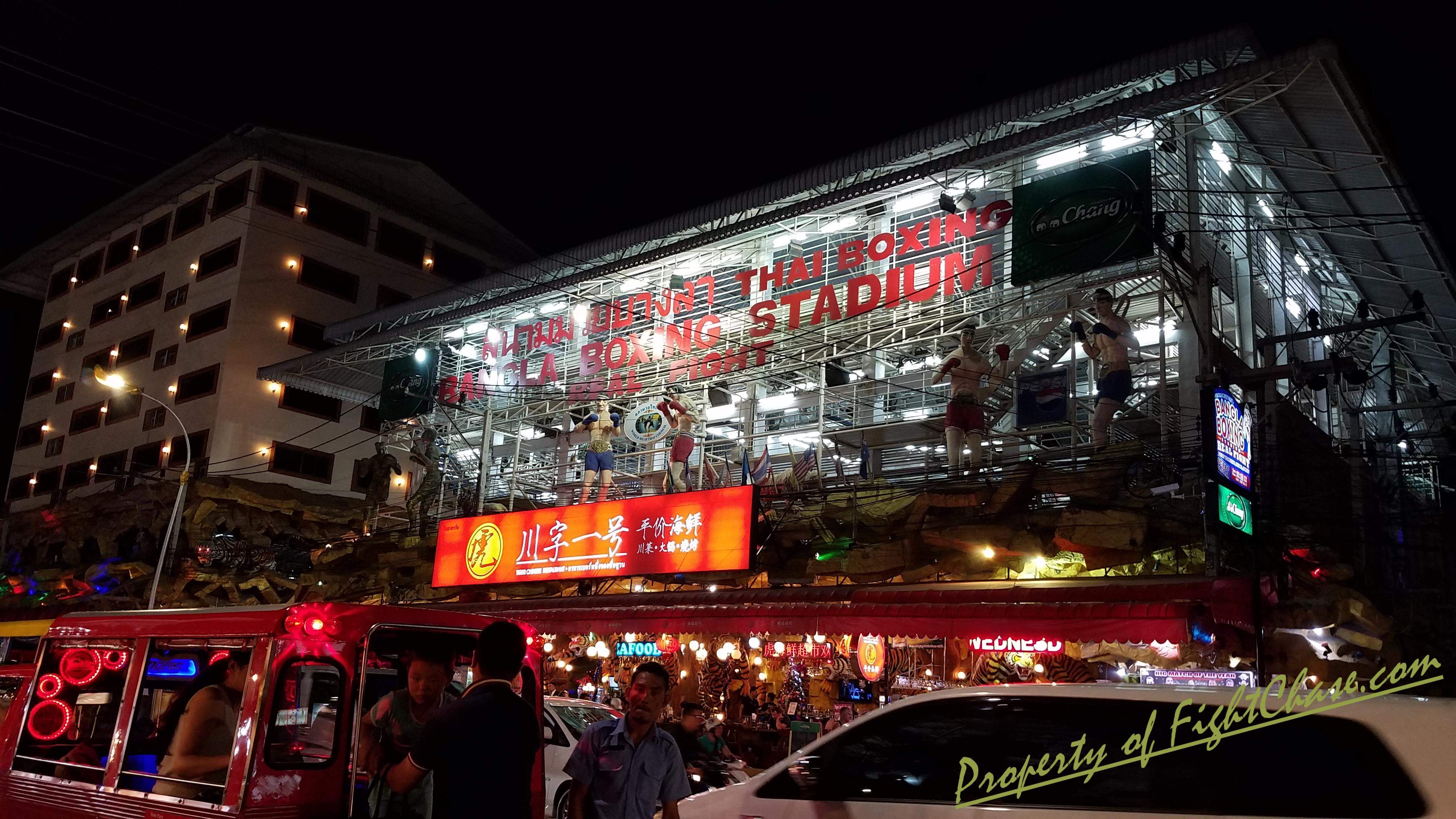 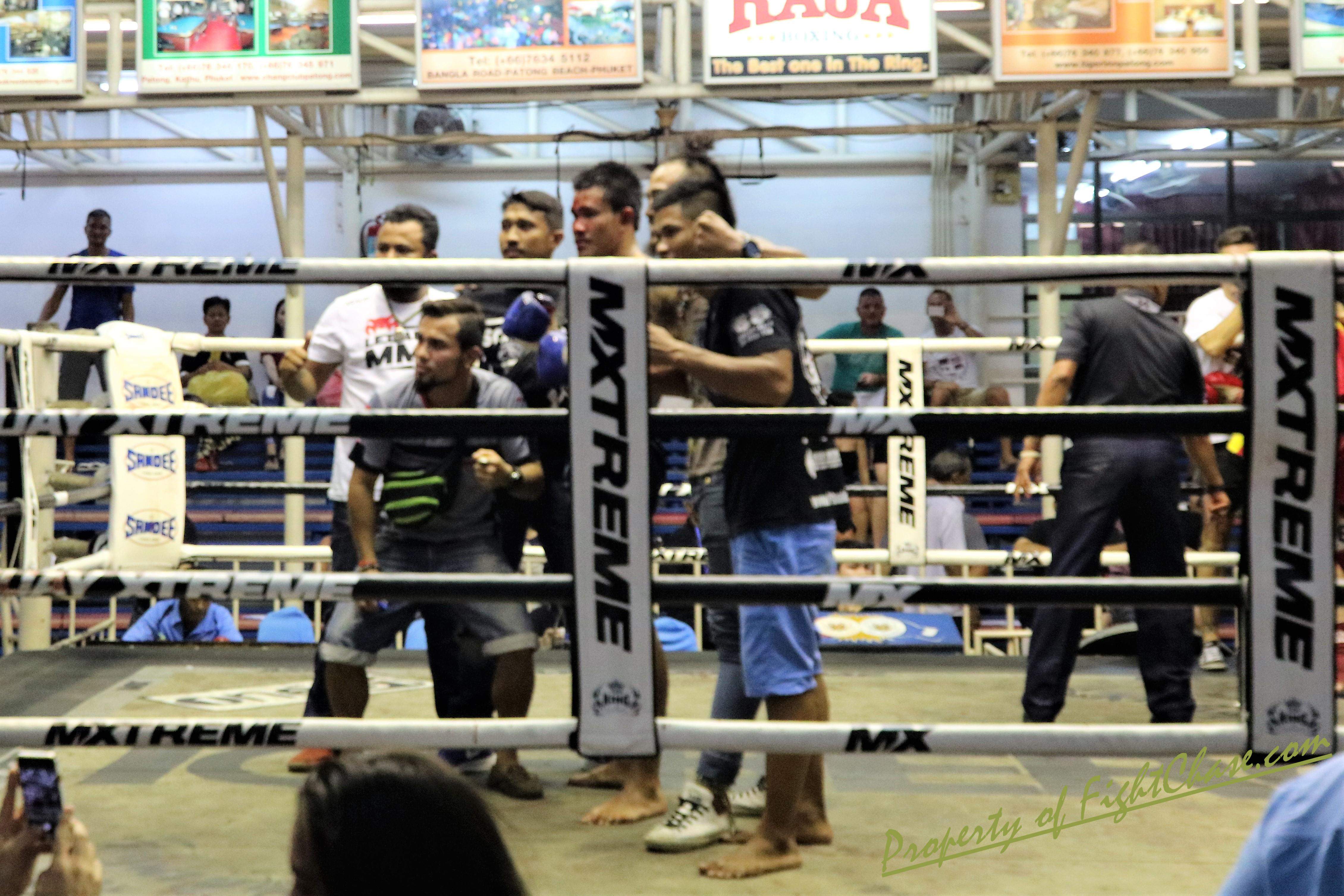 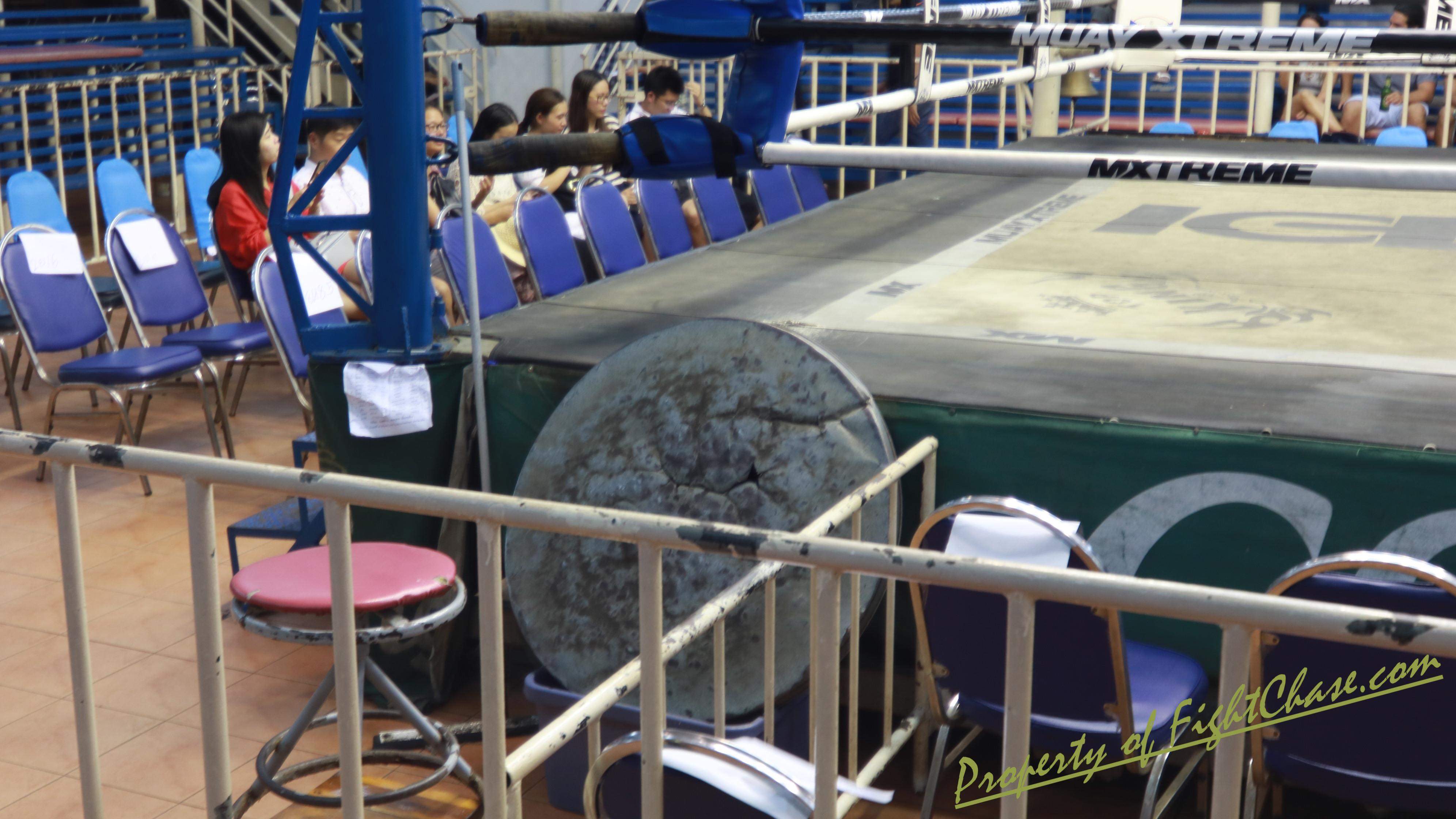 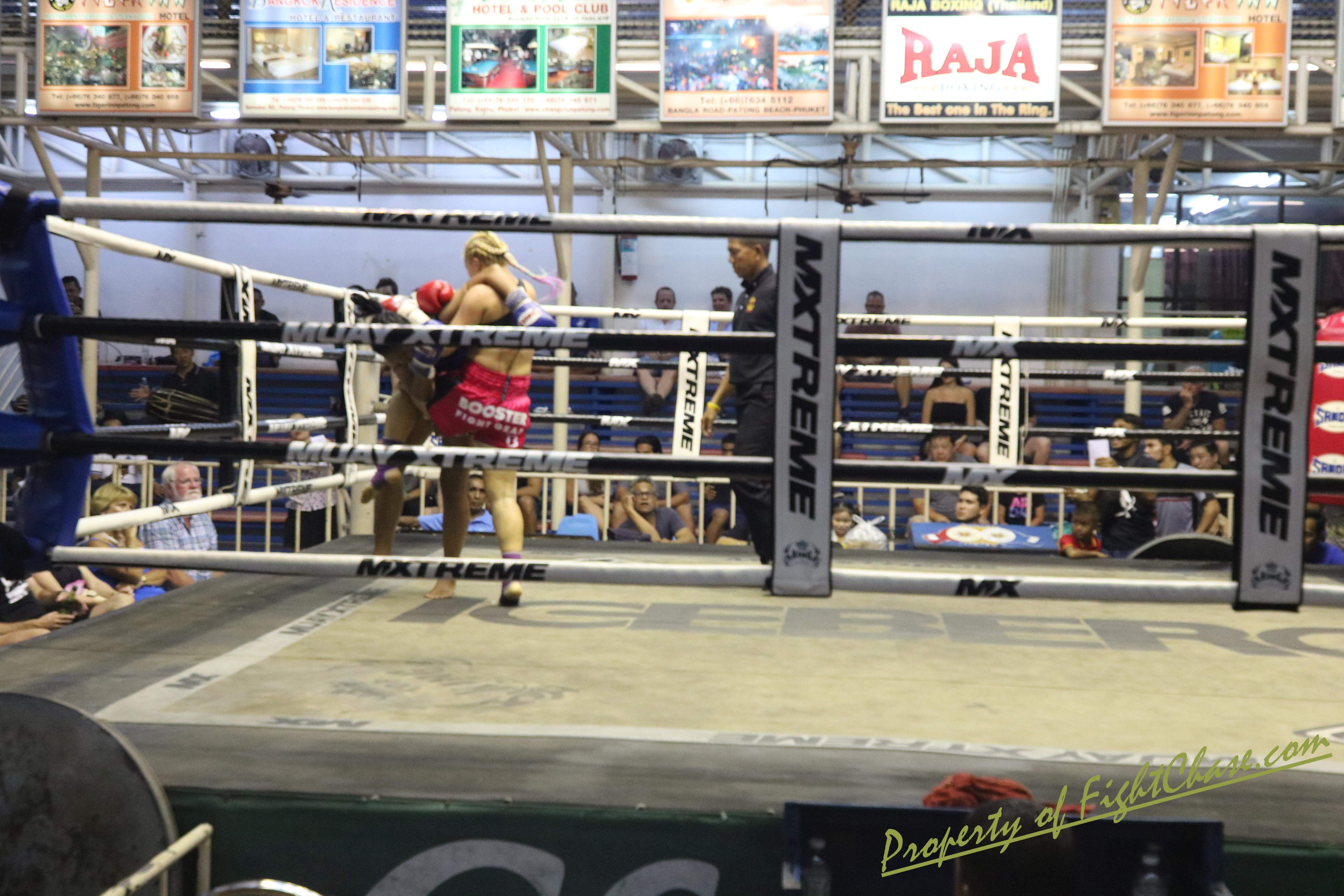